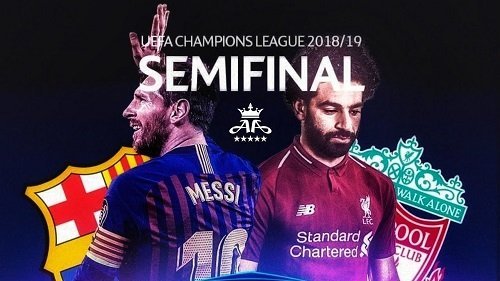 Talk about the hottest attackers in Europe and you would be excellently right to mention Sadio Mane and Lius Suarez. One has already inspired Barcelona to win the La Liga and the other is at the front ambitiously welding the steering wheel; attempting to drive Liverpool to their first Premier league title in over two decades.

With more than fifty goals between them this season, Suarez and Mane are the European definition of HOT. Both clash in the Champions League semifinals. Mane is eager to get to the final and assuage the pains of their last Champions League final defeat to Real Madrid. On the other hand, Lius Suarez has a gigantic score to settle as he is yet to score a single goal in almost two Champion League seasons. Supplied with the collaborative genius of Lionel Messi, that jinx is soonest to break.

Both goalkeepers, Liverpool’s Alisson and Barca’s Ter Stegen know they wouldn’t be pampered when the two sides meet. The likes of Suarez and Mane would be peppering them mercilessly with shots. So how many shots on target do you expect from both Mane and Suarez combined?

William Hill is giving you a tantalizing 11/1 to be paid in CASH if Mane and Suarez record more than 5 shots combined in the first leg of the Champions League. So for example if Suarez records four shots on target and Mane two, there you are dancing to the bank.