William Hill: Sweet smelling 25/1 for a draw in Deontay Wilder vs. Dominic Breazeale 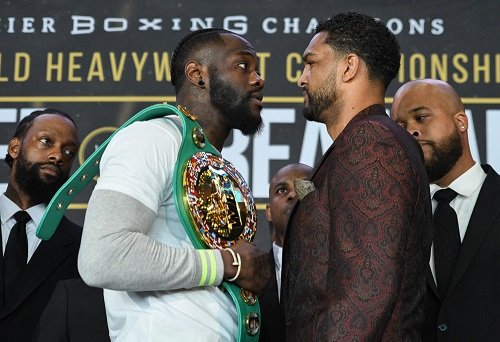 Facing Deontay Wilder in the ring is definitely not something we wish for our loved ones. Well, that is the fate of Dominic Breazeale as he would is summoned before Wilder’s unforgiving gloves in New York.

Agreed, the Pope is for peace and Wilder is for WAR! Wilder a fighter for whom blood is his favorite pizza is yet again promising bloodshed and pain when he combats Dominic Breazeale.

Of course, Wilder has got a reputation to polish. His near stalemate fight with Tyson Fury brought him back to the realm of men. Moreover, Wilder would be pushing to send Anthony Joshua a loud message with a merciless capitulation of Dominic Breazeale.

But Dominic Breazeale is not ready toast for Wilder either. With an impressive record of 20-1, the last time we saw Dominic Breazeale humbled once when he came up against Joshua one of the most skilled fighters alive.

Wilder told Showtime: “I would advise Dominic Breazeale not to bring his kids to this fight – that’s how serious it is.”

Wilder termed the fight “super personal” owing to past trash talking as he further put in: “There’s going to be a lot of bloodshed and a lot of pain in there.”

With an intimidating 40 straight wins (39 of them being stoppage knockouts) behind him, do you expect Wilder to munch Breazeale? Do you expect Breazeale to turn the tables on Wilder and defeat him; or do you expect the match to end a draw?

Choose a draw and William Hills is giving you 25/1 for the match to end a draw.

NO ENHANCED ODDS, 25/1 IS PAID IN CASH IF THE MATCH ENDS IN A SPLIT WITH NO OUTRIGHT WINNER.