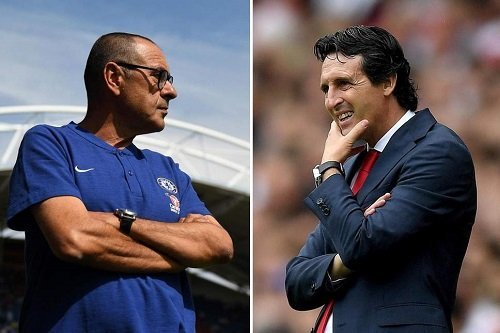 The Europa final is upon us as a delectable season of football rounds up. Arsenal and Chelsea have endurably weathered the storms sailing effortfully to the finals. Emery Unai is a specialist in the Europa and once again reasserted his Europa genius by leading Arsenal to the finals through epic roadblocks like Napoli and lastly Valencia.

Arsenal vs Chelsea is a game like no other!

Arsenal trumped Valencia 7-3 on aggregate in a resounding message of intent. The partnership of Aubameyang and Lacazette has been astounding at times with bountiful goals to show for it. Valencia was another of such jolly days for Arsenal fans where the daring front men mutually came to life.

Both sides are famed for attacking football. Chelsea boasting the Belgian nuclear weapon in the form of Eden Hazard. We would be right to expect a feast of goals when both sides meet. Both keepers, Chelsea’s Kepa  Arrizabalaga and Arsenal’s Bernd Leno understand it will be a busy day at the office for both of them as they would be perpetually peppered with shots on goal in the Arsenal vs Chelsea encounter.

But who would score first?

William Hill is giving you a palatable golden goal offer where you can win up to £50 CASH if your team scores first in the Arsenal vs Chelsea match but doesn’t win. Of course, we have to learn about this amazing offer, shouldn’t we?

So for example if you choose Chelsea and Chelsea scores first but Arsenal goes on to win, you would be going to the bank for your £50