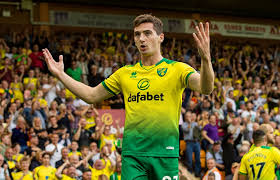 Tottenham and Norwich will square up for a critical clash on Sunday afternoon. It promises to be a thrilling encounter as both sides are led by relatively new coaches desperate to get their teams on a winning run.

At Tottenham, we have the relentless Antonio Conte striving to resuscitate Tottenham from the malaise they slid into under Nuno Santos. At the other end, we have Dean Smith striving to keep Norwich alive in the premier league.

We expect to see a lot of combativeness in the match, particularly in the midfield. With both sides adequately furnished with combative midfielders, we anticipate Tottenham midfield stalwarts like Pierre-Emile Højbjerg to do serious battle with their Norwich midfield counterparts, particularly Kenny McLean.

If there is one thing we know Kenny McLean for aside from his tireless running, it is his appetite for shots at goal.

So far this year, he has registered 16 shots clean on goal from open play. The relish for shots has followed McLean from the Championship, where (last year) he averaged at least a shot in a game.

When he plays against Tottenham, will he find the space and composure to unload such barrages at goal, especially when being harried by Højbjerg and his Tottenham cohorts?

If you think so, then PaddyPower has got something tasty for you.

Yes, PaddyPower is giving you odds of 11/4 for McLean to have more than one clean shot on target when Norwich clash with Tottenham.