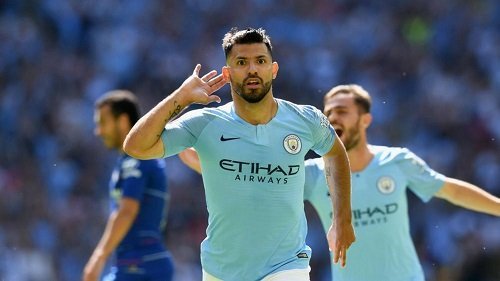 Talk about Man City and talk about the quadruple. At the moment, Guardiola’s free scoring side is the blazing team in Europe. Having pocketed the EFL, wheeled gleefully to the FA Cup finals and fighting it out tooth and nail with Liverpool in the Premier League, the Champions League represents the epic culmination of the winning dynasty Guardiola is building at Man City.

Of course, this sounds more glamorous on paper than in real life. There are alarming obstacles to this ambitious path. First there is an inspired Tottenham to beat in their new gleaming White Hart Lane. Admittedly, Man City are a guarantee of goals but we can’t underrate the venomous likes of Eriksen, Harry Kane and Dele Alli in the ranks of Tottenham who can poison any defence.

So who would win when these two mighty English sides clash in the Champions League?

So this is the offer:

Stake at most €/£10 as your qualifying bet as a registered PaddyPower customer over 18.

So should you be wrong on your bet yet Man City wins Tottenham, your qualifying bet will be returned to you as free bet.

You will receive your free bets within 7 days after the match and such freebets do count in your subsequent wins.

Offer strictly applies losing singles placed before the match only.

In a situation where you make over one selection on the same bet slip, PaddyPower will chose the selection with the lowest bet reference number as that eligible for the  promotion.

The maximum you can stake is £10 for UK Retail while it is a peak of €20 for Irish Retail.

Bets placed with free bets are disqualified from this offer.

Also among the ineligibles are Cashed out or partially cashed out bets.