Betvictor: Mouthwatering 12/1 for Liverpool vs Aston Villa to end 1-1 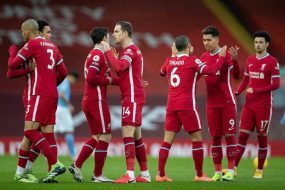 Newspapers have been loaded with headlines about Gerrard’s return to England to coach Aston Villa. You can’t really fault the general excitement. Gerrard is traditionally seen as Jurgen Klopp’s heir at Liverpool. An uncontested legend, the Kop can wait to welcome Gerrard – their very Meyerside son – back home.

Well, Gerrard is coming to Anfield this weekend, but not as the homecoming hero as Liverpool fans would have loved. Specifically, their dear son is coming to take their joy away. Yes, now leading Aston Villa, Gerrard would suit up professionally, briefly casting his allegiances to Liverpool outside as his Aston Villa team fights brutally for the three points they sorely need at Anfield.

Who would win? Can Aston Villa ride the Gerrard Effect and pull off a memorable upset at Anfield? Well, it is hard to see that happening to Liverpool blazing at the moment. The likes of Mohammed Salah, Diogo Jota, and Sadio Mane are literally on fire. We have seen in the memorable mauling of Man United, Arsenal, and recently Everton at the hands of Liverpool.

Klopp’s Liverpool are arguably one of Europe’s hottest teams at the moment, and if it takes the largest chunk of optimism from Aston Villa fans to even envisage a draw. But then wait, could the match really end in a draw? Could Aston Villa snatch a priceless point when they play Liverpool this weekend? Could the game end 1-1?

Yes, and Betvictor is giving fantastic odds of 12/1  if you predict a correct score of 1-1 when Liverpool takes on Aston Villa.