Betfred: Delicious 8/11 On Offer As Liverpool Welcomes Cardiff In FA Cup Fourth Round 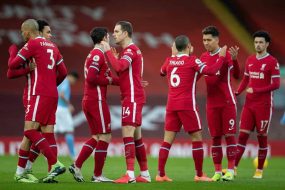 Liverpool hosts Championship Cardiff at Anfield this weekend, hoping to book their place in the last 16 of the FA Cup. Liverpool, who are currently without Sadio Mane and Mohamed Salah, will return from a two-week holiday invigorated and ready for the fourth-round clash. Along with Diogo Jota and Roberto Firmino, January signing Luis Diaz might make his debut on Sunday.

Jurgen Klopp’s side is preparing for the Carabao Cup Final against Chelsea later this month. With a win over the Bluebirds, the Liverpool manager will be hoping for even more domestic cup success this season.

Cardiff have won their last two games in a row, but they required extra time to beat Preston in the previous round. They’ll be aiming to become the first team to defeat Liverpool at Anfield this season. However, that’s a difficult challenge for a team fighting to avoid relegation to the second tier, especially since Liverpool has gone undefeated at home in 16 games.

Cardiff are nine points above the Championship relegation zone, but back-to-back victories in their past two games should give them confidence going into this encounter.

Betfred is offering a delicious odds of 8/11 for Liverpool to win without conceding on Saturday.