PaddyPower: Bet £10 on Southampton V Man Utd and Get A £5 Free Bet for Every Remaining Premier League Saturday Match 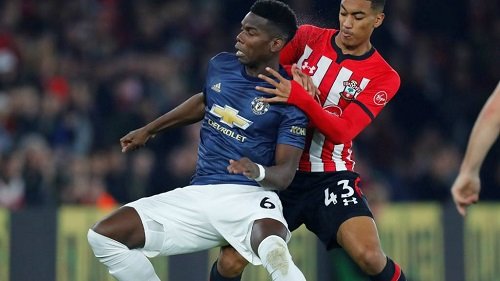 The season has started for Man United in a quite a controversial manner. The opening 4-0 thrashing of Chelsea on the opening day did well to raise hopes of resurgence but the accompanying drawn and lost matches against Premier League minors did a lot to suggest that Man United were quite a distance behind contesting for the Premier League.

Well, it has been a tumultuous summer window for Man United. Ole Solksjaer has been able to bring a mountain in the defence in the form of Harry Maguire while also signing speedster Daniel James and Aaron. The likes of Sanchez, Lukaku and Chris Smalling have been shown the door.

Next Man United face a resilient Southampton side famed for troubling the big team relentlessly. Man United Vs Southampton matches have always been exciting. Will the likes of Pogba and Rashford be able to immediately quench the creeping malaise? How do you expect the match to turn out?

PaddPower is telling you to bet your way on the Man United Vs Southampton match. Place a bet of £10 on the match and PaddyPower will overwhelm you with a free bet of £5 for all the remaining Premier League matches on Saturday.

Let us look deeper into this offer, shall we?