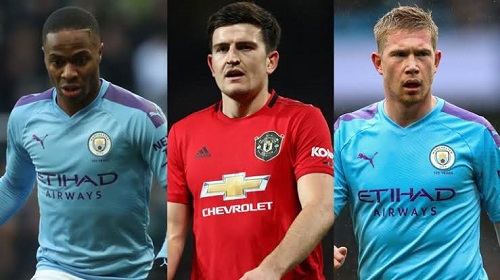 It has been a roller coaster season so far in the Premier League. With Everton hanging in the relegation zone after a summer of heavy investment, Man City a shadow of their imperial self, and shock Leicester proudly occupying second place.

Well, for Man United, it has been a mixed season which has been largely underperforming so far with Man United well off Chelsea with the latter in fourth place. The good news however is that Man United have held their own against the big teams so far in the first half of the season, beating the likes of Chelsea, Leicester and Tottenham.

At present, Rashford is in red hot form and Daniel James and his fiery speed has been a torn in the flesh of defenders.

For MAN City, the story is quite different. They have been the highest scoring side with 43 goals this season but their make-shift defence including Fernandinho has been sort of a joke. Worse still, Aguero is injured against Man United.

But do you still expect Guardiola to conjure his magic and for Man City to win Man United?

Energy Bet is giving a suave 25/1 for Man City to win Man United. Wouldn’t you like to learn more about this?

After that, stake at most of £1 for Man City to win Man United.

Should Man City win, Energy Bet will pay you your winnings in two parts:

Free bets have a 3x wagering requirement and must be wagered on at least 1.75 odds.

Winnings for Man City win Man United will be paid in cash to customer accounts latest by 5.30pm December 7 BST.

If you stake this bet using your Bonus Funds, Energy Bet will disqualify you from the special offer

Energy Bet will also void enhanced odds promotion as well as any winnings credited at standard odds in the situation where you place more than one bet on the Man City Vs Man United encounter.

It is within the exclusive reserve of EnergyBet management to deny or limit the bonus and offers to you, in situations cutting across bonus abuse, problem gambling, as well as any technical exploitation of the system that Energy Bet finds you guilty of.

Energy Bet strictly prohibits the use of VPN, proxy as well as or other services and techniques, directed consciously at masking or manipulating IP addresses so as to mischievously exploit bonus or promotional offers.

EnergyBet Bonus up to £50
Claim Now
Show All Bonuses

Arsenal vs Man City is finally upon us! This critical match comes at a pretty delicate time. Man City after losing painfully 2-1 to a resurg...