William Hill: Tasty 5/1 for Juventus to win both halves—PAID IN CASH 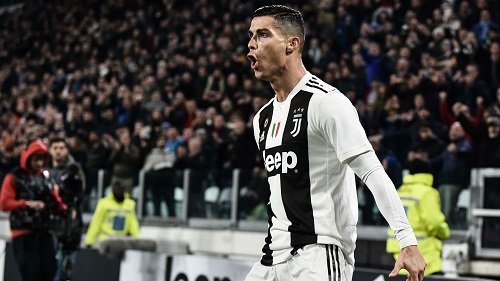 One thing is certain in Italy this season. Juventus will not have an easy ride in the Seria A this season. For so long, the Biaconeri have been partying in the Seria A marauding arrogantly on an unprecedented stretch of Seria A wins. Under Allegri, it became so common theme that Juventus would have already won the Seria A even before the season begun.

Napoli and Inter have reinforced immensely. Napoli did nice business of bringing in hot Mexican star Hirving Lozano while still following closely on Mauro Icardi and James Rodriguez. Juventus didn’t sit aloof in the summer either.  They brought in even more firepower in the likes of Ramsey, Rabiot and the mega signing De Ligt. It is sure going to be an epic battle when Napoli and Juventus meet.

It would interest you to know that Juventus has lost only one of their last 10 games at home to Napoli. Last season, Juventus won twice. Cristiano Ronaldo is warming up to open his goal account this season. Although he has a formidable block in the form of the Napoli’s Senegalese giant Koulibaly.

It is going to be a match flooded with excited even though Sari would be missing it due to his ongoing pneumonia battles. Napoli too is missing their fearsome frontman Arkadiusz Milik who is battling serious knee injury.

How do you expect the match to turn out? Do you expect Juventus to win both halves or Napoli will one half at least?

Here is a tasty offer from William Hill. William Hill is giving you 5/1 for Juventus to win both halves. This is not a free bet offer. You will be paid CASH. Stake just anything you are bold enough to risk and should Juventus win both halves against Napoli, William Hill will pay you five times your bet in CASH. Old and New customers are eligible.

Can you really miss this offer?

Arsenal vs Man City is finally upon us! This critical match comes at a pretty delicate time. Man City after losing painfully 2-1 to a resurg...