Arsenal vs Man City is finally upon us! This critical match comes at a pretty delicate time. Man City after losing painfully 2-1 to a resurgent Rashford-driven Man United, are out to prove their champion credentials desperately. The likes of Sterling and De Bruyne would be pretty eager to get back on course and savor a winning run again.

For Arsenal, they are fighting for their season. After a summer of drastic and unexpected investment from the Kroenke ownership which saw Arsenal spending a mindblowing £80m for Nicolas Pepe (with other arrivals like David Liuz), everybody expected Arsenal to be competing at the top end of the table – firmly rooted in the top four – not marauding about the middle of the table.

With Emery paying dearly for results, Ljumberg is out with a point to prove. He has duly restored Mesut Ozil, the erstwhile creative pillar under Arsene Wenger. Ozil himself is out to prove himself that he yet belongs to the top, renewing his global acclaim for technical genius.

Ozil scoring against Man City would be epic, discarding assertions that he goes swimming (disappearing) during big matches. Do you expect Mesut Ozil to be the first to score in the Arsenal vs Man City match?

If you are of the affirmative, Bet365 is presenting you a tantalizing 18/1 for Mesut Ozil to score first in Arsenal vs Man City at the Emirates.

This offer is not to be paid in free bets. All winnings are paid in cash, which you can withdraw without any wagering requirements. 18 times your bet, isn’t that stupendous? 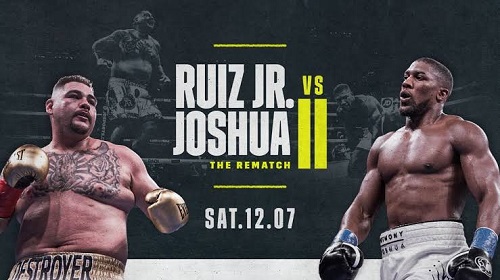 Talk about the greatest upsets in the boxing world and you would be right to mention Andy Ruiz’s shock win against Anthony Joshua. It was a ...