Tantalizing odds for no-deal Brexit from your favorite bookmakers.

All about Europe, the political sounds are all about Brexit. As the October 2nd deadline draws in, more pressure is piling on both parties to reach a deal as the fiery Boris Johnson (British Prime Minister) has pledged to pull the UK out of the Euro bloc in the event of no deal.  To add intent to his pledge, he has already moved to suspend the British parliament to forestall any possible parliamentary roadblock to exiting the EU without a deal. Many have branded it as undemocratic and a constitutional mishap especially as it was ordained customarily by the Queen of England.

A no-deal Brexit is a really ugly situation with a lot of casualties involved especially for the UK. There have been fears of food and medicine shortage and hits in real estate prices in a leaked government report. The likes of Jeremy Corbyn would fight so hard to avoid the UK jumping unceremoniously off the EU without a deal. The scots have clearly rejected the Brexit and Britain is heavily divided.

Other European heavyweights are already preparing for the worst scenario if the UK possibly leaves the EU without a deal. French President has ordered mock tests for border controls to simulate the event of a no-deal Brexit pullout.

Now over to you. Do you expect the UK to pull out of the EU without a deal or do you expect Boris Johnson and his squad to reach a deal with the EU before October 2?

Here are some tantalizing odds for no-deal Brexit from your favorite bookmakers.

PaddyPower: 11/10 for UK to leave EU without a deal

BoyleSports:  6/5 for UK to leave EU without a deal

It is quite questionable having to wait days to withdraw your “hard-earned” winnings from your bookies. It is even more ridiculous when you ...

For many, the shock of the year was Andy Ruiz beating Anthony Joshua to the world heavyweight belts. All over the world, Ruiz was completely... 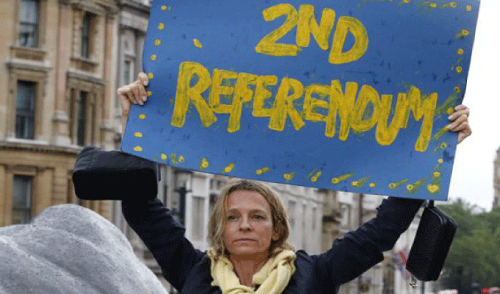 The issue of the Brexit has been as acrimonious as it can be in the UK. The Brexit has again swallowed the government of Theresa May giving ...